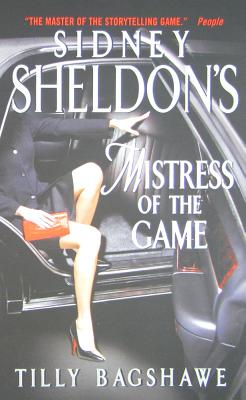 By Sidney Sheldon, Tilly Bagshawe
$8.99
Email or call for price.

“The master of the storytelling game.”
—People

Sidney Sheldon’s masterful #1 New York Times bestseller Master of the Game has enthralled millions of readers the world over. Now, at long last, the breathtaking saga of the ambitious and powerful MacGregor/Blackwell family continues in Sidney Sheldon’s Mistress of the Game. Author Tilly Bagshawe has picked up the master’s baton and delivered a magnificent tale of determination, greed, and very dark secrets in the distinct Sheldon vein that will mesmerize newcomers and confirmed Sidney Sheldon fans alike.

The late novelist and screenwriter Sidney Sheldon remains one of the world's top bestselling authors, having sold more than 300 million copies of his books. Are You Afraid of the Dark? is his most recent in a long line of huge bestsellers. He is also the only writer to have won an Oscar, a Tony, and an Edgar. The Guinness Book of World Records heralds him as the most translated author in the world.