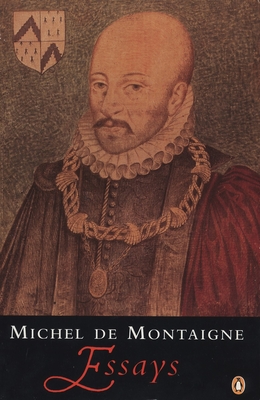 Reflections by the creator of the essay form display the humane, skeptical, humorous, and honest views of Montaigne, revealing his thoughts on sexuality, religion, cannibals, intellectuals, and other unexpected themes. Included are such celebrated works as "On Solitude," "To Philosophize Is to Learn How to Die," and "On Experience."

Michel Eyquem, Seigneur de Montaigne, was born in 1533, the son and heir of Pierre, Seigneur de Montaigne (two previous children dying soon after birth). He was brought up to speak Latin as his mother tongue and always retained a Latin turn of mind; though he knew Greek, he preferred to use translations. After studying law he eventually became counselor to the Parlement of Bordeaux. He married in 1565. In 1569 he published his French version of the Natural Theology of Raymond Sebond; his Apology is only partly a defense of Sebond and sets skeptical limits to human reasoning about God, man and nature. He retired in 1571 to his lands at Montaigne, devoting himself to reading and reflection and to composing his Essays (first version, 1580). He loathed the fanaticism and cruelties of the religious wars of the period, but sided with Catholic orthodoxy and legitimate monarchy. He was twice elected Mayor of Bordeaux (1581 and 1583), a post he held for four years. He died at Montaigne (1592) while preparing the final, and richest, edition of his Essays.