The History of Mary Prince (Paperback) 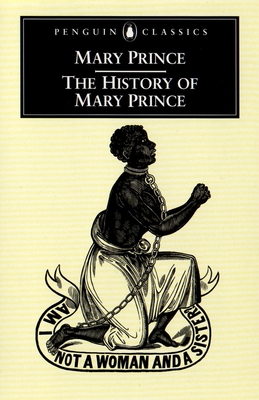 The History of Mary Prince (1831) was the first narrative of a black woman to be published in Britain. It describes Prince's sufferings as a slave in Bermuda, Turks Island and Antigua, and her eventual arrival in London with her brutal owner Mr Wood in 1828. Prince escaped from him and sought assistance from the Anti-Slavery Society, where she dictated her remarkable story to Susanna Strickland (later Moodie). A moving and graphic document, The History drew attention to the continuation of slavery in the Caribbean, despite an 1807 Act of Parliament officially ending the slave trade. It inspired two libel actions and ran into three editions in the year of its publication.

For more than seventy years, Penguin has been the leading publisher of classic literature in the English-speaking world. With more than 1,700 titles, Penguin Classics represents a global bookshelf of the best works throughout history and across genres and disciplines. Readers trust the series to provide authoritative texts enhanced by introductions and notes by distinguished scholars and contemporary authors, as well as up-to-date translations by award-winning translators.

Mary Prince (1788-1826) was born a slave in Bermuda. In 1815 she was sold to John Wood and taken to Antigua. Here she met Daniel James, a freeman, whom she married in 1826. In 1828, Prince was taken to England and claiming that the Woods had mistreated her she was allowed, under English law, to exercise her right to freedom and found employment as a domestic servant. Her story was published in 1831 and led to two libel trials.

Sara Salih is Assistant Professor in English at the University of Toronto. She is the author of Judith Butler (Routledge 2002), and the editor, with Judith Butler, of The Judith Butler Reader (Blackwell, 2004). She is currently working on a book about representations of 'brown' women in England and Jamaica from the eighteenth century to the present day.