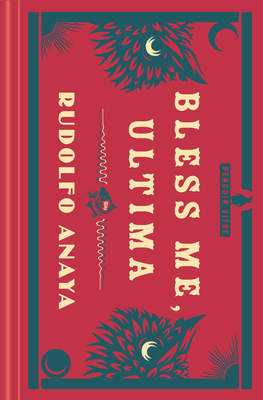 A collectible hardcover 50th-anniversary edition of the bestselling Chicano novel of all time, featuring a new foreword by Erika L. Sánchez, the New York Times bestselling author of I Am Not Your Perfect Mexican Daughter

Although only six years old, Antonio Marez is perceptive beyond his years. He was brought into the world with the help of Ultima, a curandera, or folk healer, in touch with nature and the spirit world. Revered by some as a wisewoman but rebuked by others as a witch, Ultima has now come back to stay with Tony’s family in New Mexico. As Tony seeks out his destiny—torn between his mother’s farming forebears and his father’s wandering vaquero roots, between Spanish Catholicism and the gods of his indigenous ancestors—Ultima’s loving tutelage will help him navigate questions of life and death, good and evil, and reveal to him the vastness of the heritage that shapes him, in this pioneering work of literature.

Penguin Vitae—loosely translated as “Penguin of one’s life”—is a deluxe hardcover series from Penguin Classics celebrating a dynamic and diverse landscape of classic fiction and nonfiction from seventy-five years of classics publishing. Penguin Vitae provides readers with beautifully designed classics that have shaped the course of their lives, and welcomes new readers to discover these literary gifts of personal inspiration, intellectual engagement, and creative originality.

Rudolfo Anaya (1937-2020) was a New Mexican novelist and essayist, and one of the founding voices in modern Chicanx literature. A professor at the University of New Mexico and a lifelong champion of Chicanx voices who devoted himself to supporting aspiring writers, he received many literary awards, including the National Humanities Medal from President Barack Obama, the Premio Quinto Sol National Chicano literary award, the Notable New Mexican Award, and the PEN Center USA West Award for Fiction. His debut novel, Bless Me, Ultima, was named a Great American Read by PBS, and has been adapted into a feature film, an opera, and several stage plays.

Erika L. Sánchez (foreword) is the New York Times bestselling author of the National Book Award finalist I Am Not Your Perfect Mexican Daughter, the poetry collection Lessons on Expulsion, and the memoir-in-essays Crying in the Bathroom. She lives in Chicago, where she is the Sor Juana Inés de la Cruz chair of Latin American and Latino studies at DePaul University.

“Bless Me, Ultima made me feel seen in the same way that Whitman’s poetry does. . . . It’s enchanting: a journey of the senses, and a classic for a reason. . . . Anaya was an author who appreciated different perspectives and cultures. . . . Without his work, books like mine could not exist.” —Erika L. Sánchez, from the Foreword

“Half a century after its publication, Bless Me, Ultima is still reaching new heights. . . . The novel’s impact is felt everywhere. . . . It’s the quintessential coming-of-age story of a young person. . . . A universal tale of empowerment . . . As Anaya wrote in the opening of the novel, ‘Ultima came to stay with us . . .’ Fifty years later, she’s still here and stronger than ever.” ―Albuquerque Journal

“One of the foundational texts of Chicano literature.” —Los Angeles Review of Books

“Anaya’s voice [is] rich as mahogany, terse as a stream.” —The New York Times