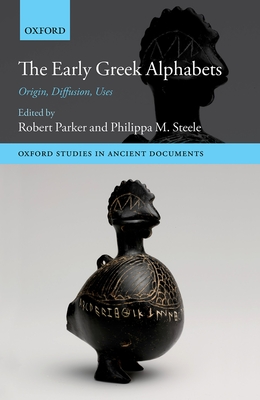 The birth of the Greek alphabet marked a new horizon in the history of writing, as the vowelless Phoenician alphabet was borrowed and adapted to write vowels as well as consonants. Rather than creating a single unchanging new tradition, however, its earliest attestations show a very great
degree of diversity, as areas of the Greek-speaking world established their own regional variants. This volume asks how, when, where, by whom and for what purposes Greek alphabetic writing developed. Anne Jeffery's Local Scripts of Archaic Greece (1961), re-issued with a valuable supplement in 1990, was an epoch-making contribution to the study of these issues. But much important new evidence has emerged even since 1987, and debate has continued energetically about all the central issues raised
by Jeffery's book: the date at which the Phoenician script was taken over and adapted to write vowels with separate signs; the priority of Phrygia or Greece in that process; the question whether the adaptation happened once, and the resulting alphabet then spread outwards, or whether similar
adaptations occurred independently in several paces; if the adaptation was a single event, the region where it occurred, and the explanation for the many divergences in local script; what the scripts tell us about the regional divisions of archaic Greece. There has also been a flourishing debate
about the development and functions of literacy in archaic Greece. The contributors to this volume bring a range of perspectives to bear in revisiting Jeffery's legacy, including chapters which extend the scope beyond Jeffery, by considering the fortunes of the Greek alphabet in Etruria, in southern
Italy, and on coins.

Robert Parker, University of Oxford, Philippa M. Steele, University of Cambridge Robert Parker was Fellow and Tutor in Greek and Latin Languages and Literature at Oriel College, Oxford, from 1976-1996, and Wykeham Professor of Ancient History in the University of Oxford from 1996 until retirement in 2016. Philippa M. Steele is a Senior Research Associate at the Faculty of Classics, Cambridge, where she directs the ERC-funded project Contexts of and Relations between Early Writing Systems (CREWS, grant no. 677758). She is a Senior Research Fellow at Magdalene College, Cambridge.