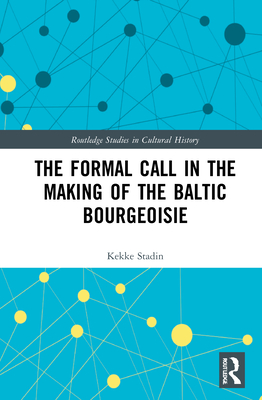 This book studies the making of the bourgeoisie the Baltic Sea region in the nineteenth Century. This region was peripheral in comparison to England and France, with respect to urbanization, economic development, liberalism, and consumption. The bourgeoisie was still a class-to-be. By the end of the Century the bourgeoisie was a self-aware class incorporated in the European bourgeoisie. Their life style was mostly the same as in Western Europe, but there were also some cultural differences.

The author argues that in the Baltic Sea area, this life style was shaped by both women and men. Thus, the study deals with the heterosocial life in private homes. Society life became an important instrument for defining and controlling the new social boundaries. This was also where, through the encounters among like-minded people, values and norms were tested, negotiated, and honed. This is studied in the context of the new ideals and morals connected to the bourgeoisie: a bourgeois work ethic based on industriousness and hard work, and the quiet family life of the home. The focus is on the calls, the hub around which society life was formed. No social interaction in the home was possible without morning calls.