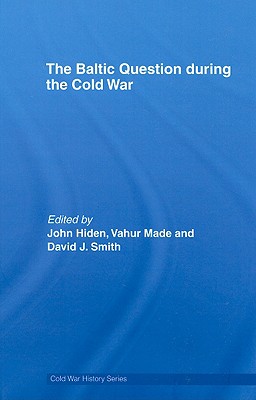 This edited volume presents a comprehensive analysis of the 'Baltic question', which arose within the context of the Cold War, and which has previously received little attention.

This volume brings together a group of international specialists on the international history of northern Europe. It combines country-based chapters with more thematic approaches, highlighting above all the political dimension of the Baltic question, locating it firmly in the context of international politics. It explores the policy decision-making mechanisms which sustained the Western non-recognition of Soviet sovereignty over the Baltic States after 1940 and which eventually led to the legal restoration of the three countries' statehood in 1991. The wider international ramifications of this doctrine of legal continuity are also examined, within the context both of the Cold War and of relations between post-soviet Russia and the enlarging 'Euro-Atlantic area'. The book ends with an examination of how this Cold War legacy continues to shape relations between Russia and the West.