Last Comes the Raven: And Other Stories (Paperback) 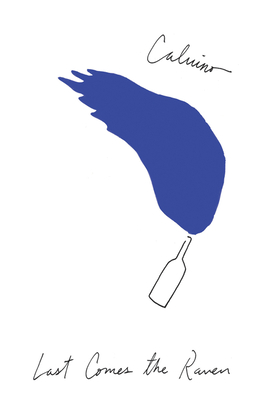 Blending reality and illusion with elegance and precision, the stories in this collection—one of Calvino’s earliest—take place in a World War II–era and postwar Italy tinged with the visionary and fablelike qualities that would come to define this master storyteller’s later style. A trio of gluttonous burglars invade a pastry shop; two children trespass upon a forbidden garden; a wealthy family invites a rustic goatherd to lunch, only to mock him. In the title story, a compact masterpiece of shifting perspectives, a panicked soldier tries to keep his wits—and his life—when he faces off against a young partisan with a loaded rifle and miraculous aim. Throughout, Calvino delights in discovering hidden truths beneath the surface of everyday life.

Stories from Last Comes the Raven have been published in translation, but the collection as a whole has never appeared in English. This volume, including several stories newly translated by Ann Goldstein, is an important addition to Calvino’s legacy.

ANN GOLDSTEIN is an editor at The New Yorker. She has translated the works of many of Italy’s most prominent writers, including Elena Ferrante, Primo Levi, Giacomo Leopardi, Aldo Buzzi, and Alessandro Piperno.

"In Last Comes the Raven, a collection of early stories, we find the man behind the magician .  . . Calvino was drawn to narratives as pure and potent objects; in this collection, he examines but does not deconstruct them . . . There is the author’s trademark ironic distance and careful wit, as well as tinges of surrealism. But, where the mature Calvino found a style that was supremely arch, alien, and spare, his more mimetic stories retain the funk of the human . . . The reader of Last Comes the Raven registers a bloom of social feelings: sympathy, recognition, curiosity."
—Katy Waldman, The New Yorker