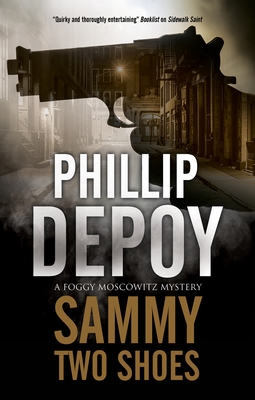 This is book number 5 in the Foggy Moskowitz Mystery series.

Amateur sleuth and Child Protective Officer Foggy Moscowitz is back in New York, but his visit leads to stunning revelations - and murder - when he runs into his old friend, Sammy Two Shoes. 1976. Foggy Moscowitz has decided to pay his hometown of New York a visit and soon bumps into his old friend, Sammy 'Two Shoes' Cohen. Sammy wants a favor - Emory Brewster, an actor in an all-female production of Hamlet, is sending threatening notes to Sammy's girlfriend and the play's stage manager, Phoebe Peabody, and Sammy asks Foggy to speak to her. But before he has a chance, Emory is brutally murdered backstage and Phoebe is arrested. The other actors all despised Emory, but as Foggy strives to prove Phoebe's innocence, Sammy stuns him with an astonishing revelation. Is he telling the truth, or is there more to the story? Foggy is reluctantly pulled back into New York's criminal underworld as he uncovers more about Emory Brewster. Can he stay alive long enough to catch her killer?