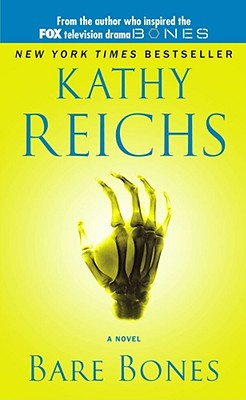 This is book number 6 in the A Temperance Brennan Novel series.

She works with the dead, but she works for the living.

"Down time" is not a phrase in Tempe Brennan's vocabulary. A string of disturbing cases has put her vacation plans on hold; instead, she heads to the lab to analyze charred remains from a suspicious fire, and a mysterious black residue from a small plane crash. But most troubling of all are the bones. . . . Tempe's daughter's new boyfriend invites them to a picnic -- a pig pickin' -- in the North Carolina countryside, where a cache of bones turns up. But are they animal or human? X-rays and DNA may link the crimes, but they can't reveal who is closing in on Tempe and her daughter -- and how far they will go to keep her from uncovering the truth.

Kathy Reichs’s first novel Déjà Dead, published in 1997, won the Ellis Award for Best First Novel and was an international bestseller. The Bone Code is Kathy’s twentieth entry in her series featuring forensic anthropologist Temperance Brennan. Kathy was also a producer of Fox Television’s longest running scripted drama, Bones, which is based on her work and her novels. One of very few forensic anthropologists certified by the American Board of Forensic Anthropology, Kathy divides her time between Charlotte, North Carolina, and Montreal, Québec. Visit her at KathyReichs.com or follow her on Twitter @KathyReichs.