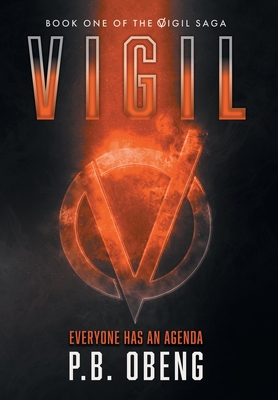 A president assassinated. A world in chaos. A superhuman force ascendant.

Lemalia is the home of the wonder metal, Duritium, that has revolutionized modern society.

When the newly elected president of this small island nation is gunned down, it creates a power vacuum filled by his opponent, and sets off a chain of events that reshapes the geopolitical landscape.

A world away, the U.S. unleashes its Vigil initiative, tasked to deal with the growing superhuman threat. The taskforce is comprised of team leader Captain Alicia Conrad, a decisive soldier haunted by her father's legacy; Cynthia Fighting Bull, a cavalier CIA agent with a huge chip on her shoulder; Terrell Morrison, a by-the-book born again Secret Service agent; Aaron Blankenchip, a gruff soldier and technical genius; and John Arrowhawk, a cocky FBI agent with more confidence in his investigative abilities than his superhuman ones. Vigil's first assignment reveals the truth behind their original purpose, ensnaring them in a conflict that intersects with the events surrounding the Lemalian president's murder.

In a world where everyone has an agenda, each discovery the team makes reveals another intricate conspiracy.

VIGIL is a pulse-pounding super-powered political thriller that will have you questioning everything you believe about the limits of power and responsibility.