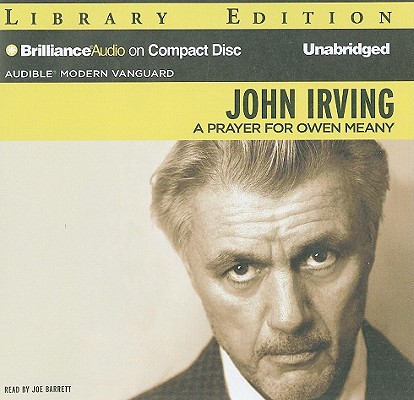 Featured title on PBS's The Great American Read in 2018

Of all of John Irving's books, this is the one that lends itself best to audio. In print, Owen Meany's dialogue is set in capital letters; for this production, Irving himself selected Joe Barrett to deliver Meany's difficult voice as intended.

In the summer of 1953, two 11-year-old boys - best friends - are playing in a Little League baseball game in Gravesend, New Hampshire. One of the boys hits a foul ball that kills the other boy's mother. The boy who hits the ball doesn't believe in accidents; Owen Meany believes he is God's instrument. What happens to Owen after that 1953 foul ball is extraordinary and terrifying.

As an added bonus, when you purchase our Audible Modern Vanguard production of John Irvin's book, you'll also get an exclusive Jim Atlas interview that begins when the audiobook ends.