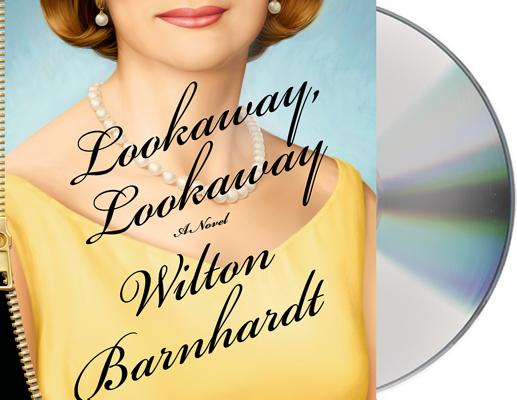 By Wilton Barnhardt, Scott Shepherd (Read by)
Not available
Out of Print

"Move over, Tom Wolfe! Writing with brilliance and brio, Barnhardt has penned a hilarious satire which often has surprising depth and hits way too close to the truth." —Lee Smith

Jerene Jarvis Johnston and her husband Duke are exemplars of Charlotte, North Carolina's high society, a world where old Southern money and the secrets behind it meet the new wealth of bankers, real estate speculators, and carpetbagging social climbers. Steely and implacable, Jerene presides over her family's legacy of paintings at the Mint Museum; Duke, the one-time college golden boy and descendant of a Confederate general, whose promising political career was mysteriously short-circuited, has settled into a comfortable semi-senescence as a Civil War re-enactor. Jerene's brother Gaston is an infamously dissolute bestselling historical novelist who has never managed to begin his long-dreamed-of masterpiece, and their sister Dillard's unfortunate life decisions and losses have rendered her a near-recluse.

As the four Johnston children—smart but reckless Annie, good-boy minister Bo, might be gay but that's okay Joshua, and damaged, dangerous Jerilyn—flounder in their adult lives, Jerene must take action to preserve the family's legacy, Duke's fragile honor, and what's left of the dwindling family fortune. She will stop at nothing to keep what she has—is it too much to ask for one ounce of cooperation from her heedless family? In Lookaway, Lookaway, Wilton Barnhardt has written a full-bore, headlong, hilarious narrative of a family coming apart, a society changing beyond recognition, and an unforgettable woman striving to pull it all together.

Wilton Barnhardt is the author of Lookaway, Lookaway, a New York Times bestseller. His previous novels are Gospel, Show World, and Emma Who Saved My Life. A native of Winston-Salem, North Carolina, he teaches fiction in the master of fine arts in creative writing program at North Carolina State University in Raleigh, where he lives.

An actor of both stage and screen, SCOTT SHEPHERD is known for roles in the recent films And So it Goes, Side Effects, and Brief Reunion. He belongs to two major theater groups, The Wooster Group and Elevator Repair Service through which he performs both locally and abroad. Shepherd is widely known for his natural memorization skills after he recited the entirety of Fitzgerald’s The Great Gatsby for a Public Theater production of the show Gatz.

“Scott Shepherd's performance does what no printed page can, eloquently immersing the listener in the harsh truths that Barnhardt's characters must face.” —AudioFile Magazine

“Narrated brilliantly by North Carolina native Scott Shepherd, who gives all of the characters distinctive voices with perfect inflections and tones. This engaging, inventive romp into the rise and fall of an eclectic Southern family is a must listen for fans of Southern literature and dark family sagas.” —Library Journal, starred review