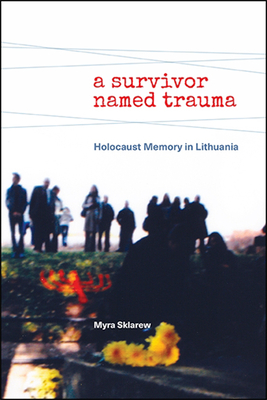 A Survivor Named Trauma examines the nature of trauma and memory as they relate to the Holocaust in Lithuania. How do we behave under threat? How do we remember extreme danger? How do subsequent generations deal with their histories--whether as descendants of perpetrators or victims, of those who rescued others or were witnesses to genocide? Or those who were separated from their families in early childhood and do not know their origins? Myra Sklarew's study draws on interviews with survivors, witnesses, rescuers, and collaborators, as well as descendants and family members, gathered over a twenty-five-year period in Lithuania. Returning to the land of her ancestors, Sklarew found a country still deeply affected by the Nazi Holocaust and decades of Soviet domination. Interdisciplinary in nature, this book will appeal to readers interested in neuroscience and neuropsychology, Holocaust studies, Jewish history, and personal memoir.

Myra Sklarew is Professor Emerita of Literature at American University and the author of many books, including Over the Rooftops of Time: Jewish Stories, Essays, Poems, also published by SUNY Press. She is the recipient of the National Jewish Book Council Award in Poetry, the Di Castagnola Award, and the PEN Syndicated Fiction Award.