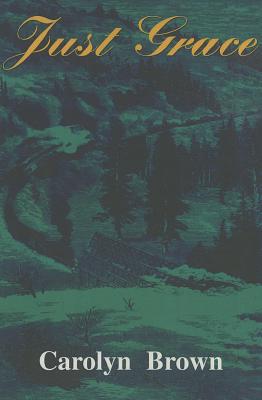 Grace Benjamin Listen was just trying to rescue a poor helpless kitten. She certainly didn't plan on falling out of the tree and landing on Dodsworth's newest resident, Dr. Gatlin O'Malley--breaking her arm and wounding her pride in the fall.

Gatlin only arrived from Atlanta, Georgia, the week before. In Atlanta, he'd barely escaped a bad marriage to a southern belle, but Gatlin had learned from his lesson. The only way he would ever look at another woman was if an angel fell from heaven. He wondered if God listened in on his thoughts that morning when Grace Listen fell out of the skies, knocking him off his horse and into a pile of fresh, warm horse manure. But on second thought he figured if Grace truly fell from Heaven, it was because she'd been kicked out for her sassiness.

Every time they look at each other from that day, tempers flare and sparks ignite. She's just going in to get her broken arm checked when the Bonney Boy's Gang take her and the new doctor hostage. The two of them wind up on the top of a snow-covered mountain in New Mexico Territory for three weeks, together. What can go wrong--does. What shouldn't go wrong--does. What is impossible--happens. It takes a lot to make them both wake up and realize they were meant for each other and even more to finally say the words written so deeply on their hearts.