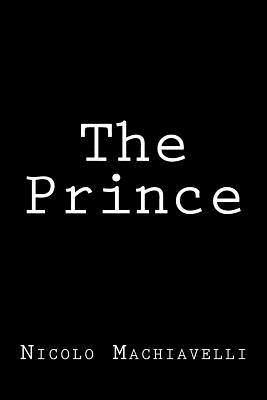 A must read for every individual on the planet. This is a quality reprint of the literary classic. From www.wikipedia.com The Prince is a political treatise by the Italian diplomat, historian and political theorist Niccol Machiavelli. From correspondence a version appears to have been distributed in 1513, using a Latin title, De Principatibus (About Principalities). However, the printed version was not published until 1532, five years after Machiavelli's death. This was done with the permission of the Medici pope Clement VII, but "long before then, in fact since the first appearance of the Prince in manuscript, controversy had swirled about his writings". 1] Although it was written as if it were a traditional work in the mirrors for princes style, it is generally agreed that it was especially innovative. This is only partly because it was written in the Vernacular (Italian) rather than Latin, a practice which had become increasingly popular since the publication of Dante's Divine Comedy and other works of Renaissance literature. 2] 3] The Prince is sometimes claimed to be one of the first works of modern philosophy, especially modern political philosophy, in which the effective truth is taken to be more important than any abstract ideal. It was also in direct conflict with the dominant Catholic and scholastic doctrines of the time concerning how to consider politics and ethics. 4] 5] Although it is relatively short, the treatise is the most remembered of his works and the one most responsible for bringing the word "Machiavellian" into wide usage as a pejorative term. It also helped make "Old Nick" an English term for the devil, and even contributed to the modern negative connotations of the words "politics" and "politician" in western countries. 6] In terms of subject matter it overlaps with the much longer Discourses on Livy, which was written a few years later. In its use of near contemporary Italians as examples of people who perpetrated criminal deeds for politics, another lesser-known work by Machiavelli which The Prince has been compared to is the Life of Castruccio Castracani. The descriptions within The Prince have the general theme of accepting that the aims of princes-such as glory and survival-can justify the use of immoral means to achieve those ends. 7] "When you disarm the people, you commence to offend them and show that you distrust them either through cowardice or lack of confidence, and both of these opinions generate hatred." "Politics have no relation to morals." "It is better to be feared than loved, if you cannot be both." "Entrepreneurs are simply those who understand that there is little difference between obstacle and opportunity and are able to turn both to their advantage." "The first method for estimating the intelligence of a ruler is to look at the men he has around him." "I'm not interested in preserving the status quo; I want to overthrow it." "BUT coming to the other point - where a leading citizen becomes the prince of his country, not by wickedness or any intolerable violence, but by the favour of his fellow citizens - this may be called a civil principality: nor is genius or fortune altogether necessary to attain to it, but rather a happy shrewdness. I say then that such a principality is obtained either by the favour of the people or by the favour of the nobles. Because in all cities these two distinct parties are found, and from this it arises that the people do not wish to be ruled nor oppressed by the nobles, and the nobles wish to rule and oppress the people; and from these two opposite desires there arises in cities one of three results, either a principality, self-government, or anarchy.