If Not Now, When?: A Novel (Paperback) 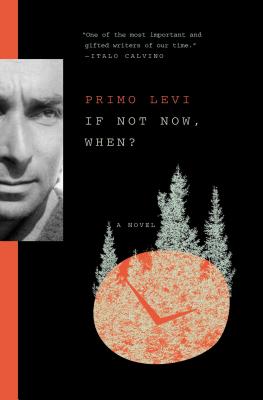 Based off a true story, a group of Jewish partisans fight the Nazis behind enemy lines during the final year of World War II. Primo Levi’s powerful novel is equal parts suspenseful and philosophical.

World War II is in its final throes. As the Nazis retreat from the Red Army, much of Europe is left in total devastation. Against this backdrop, the watchmaker Mendel, who lost his wife and entire village to the Nazis, meets Leonid, a teenage escapee from a concentration camp. Stranded behind German lines, the pair makes their way through a desolate landscape to join a group of resistance fighters intent on sabotaging the enemy and liberating Jewish prisoners.

An epic story stretching from Eastern Soviet Union to Northern Italy, If Not Now, When? is a novel about acts of resistance—both small and large—against impossible odds.

Along with Elie Wiesel and Hannah Arendt, Primo Levi is remembered as one of the most powerful and perceptive writers on the Holocaust and the Jewish experience during World War II. This is an essential book both for students and literary readers. Reading Primo Levi is a lesson in the resiliency of the human spirit.

Born to a Jewish family in Turin in 1919, Primo Levi was trained as a chemist. During World War II, he was arrested as a member of a partisan group and deported to Auschwitz. After the camp’s liberation, he returned to Italy and worked as a chemist, writing only on the side. His first book Survival at Auschwitz was a personal account of his year at the camps. The follow-up memoir The Reawakening cemented Levi as a leading authority on the Holocaust. Other books by Levi include Periodic Table, If Not Now, When?, The Monkey’s Wrench, Other People’s Trades, The Drowned and the Saved, and more. Primo Levi died in 1987 after falling down his apartment’s stairway. Biographers remain divided as to whether his fall was a suicide or an accident.