Stone and Shadow: A Novel (Paperback) 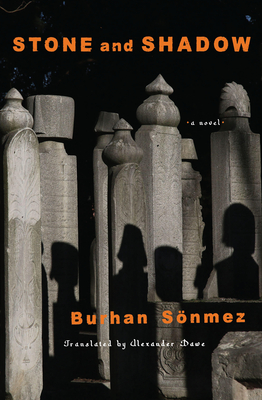 By Burhan Sönmez, Alexander Dawe (Translated by)
$18.99
Unavailable
Not Yet Published

This gorgeous, haunting saga tells the story of modern Turkey and its diverse communities through the life of a gravestone maker.

In the city of Mardin, near Turkey’s border with Syria, the orphaned Avdo finds purpose when an old mason takes him on as an apprentice. From Master Josef, he learns the importance of their art, which looks after the dead and bears witness to their lives. Avdo then travels the country and meets a woman he loves wholeheartedly, only to lose her through a tragic crime. Resigned to a lonely existence, he retreats from the world into his cemetery workshop, but even there, life, with all its sorrows, joys, injustices, and gifts, draws him in unexpected directions.
An intimate, indelible epic, Stone and Shadow melds fragments not only from twentieth-century Turkish history, but also from the Ottoman Empire, the wider Middle East, and Europe. Together they form a breathtaking picture of a rich, complex society that encompasses Christians, Sunni Muslims, Alawites, Turks, Kurds, and Armenians.

Burhan Sönmez is the author of five novels, which have been published in more than thirty languages. He was born in Turkey and grew up speaking Turkish and Kurdish. He worked as a lawyer in Istanbul before going into political exile in Britain. Sönmez’s writing has appeared in such publications as The Guardian, Der Spiegel, Die Zeit, and La Repubblica. His previous novel, Labyrinth, was published by Other Press in 2019. He was elected President of PEN International in 2021.

Alexander Dawe has translated several contemporary Turkish novels and screenplays. In collaboration with Maureen Freely he has translated A Useless Man: Selected Stories by Sait Faik Abasıyanık; The Time Regulation Institute by Ahmet Hamdi Tanpınar, which received the MLA Lois Roth Award; and Madonna in a Fur Coat by Sabahattin Ali. He lives and works in Istanbul.