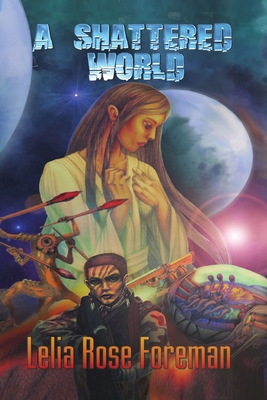 Rejoice's family are part of a group of Christian pacifist colonists, seeking new lives on an intriguing alien planet, free from the discrimination and persecution of Earth. Their new home proves to have not just one, but two potentially hostile, native intelligent alien species.

Rejoice at twelve is the only person who sees the threat that menaces to destroy the colonists' new home. As a teenager, she shares in the adventure of a voyage of exploration around the planet. As an adult, she's at the center of a simmering potential war between the alien species, her fellow Christian colonists, and new, warlike colonists from Earth.

A Shattered World is epic science fiction cloathed in the lives of ordinary people from a distant place, in the not-so-distant future.