With Love from the Past (Paperback) 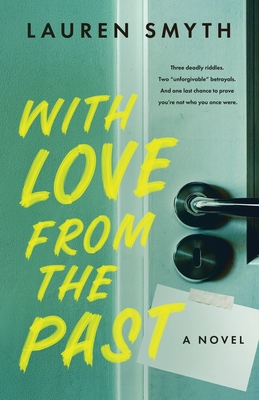 The story begins in darkness-literally-as Ari wakes up to realize that staying locked in her room won't pay her electricity bills.

So when she's offered a job with the National Drug Enforcement Bureau, she's forced to accept or starve. This is her last chance for a new start. Except, the next day, one of her teammates is dead.

The police call it a suicide, but Ari knows better. The night of her teammate's death, she found a cryptic riddle taped to her door that poses five possible killers: Ari, her three teammates, and a mysterious "other" who just might be the city's top drug dealer. Nobody can be trusted.

Suddenly, Ari finds herself dragged into a wild game of anonymity, desperation, and regret that leaves her with a choice: forgive and accept her past, or try to keep it hidden no matter who it hurts.