The End-Times Army Of Greensville: How The Great Tribulation Became Their Doorway to Heaven A Novel (Paperback) 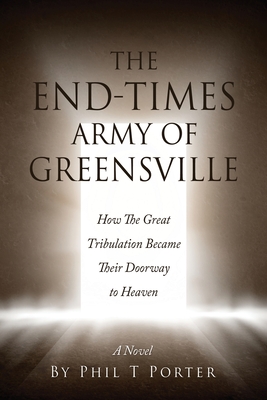 Imagine what it could be like if you lived on the earth during the time of the Great Tribulation. The Antichrist begins his reign of terror, to coerce the world into blind allegiance to his scheme for deification. His goal is to replace God in your life - Can you believe it? - and he will not take NO for an answer. You either embrace and comply, or you reject and rebel, but you can't ride the fence. Those who rebel soon learn that there are dire, life-threatening consequences to face for their effort to stay true to their heart and faithful to God. That's the strait that a band of Believers found themselves looking at. They had gathered together, seemingly in a haphazard fashion. But each had their own account of how they were being led by the Spirit. It was God's anointing that brought out the best in them and helped them to operate in gifts and dimensions they never would have thought possible. Soon they became The End-Times Army from Greensville. Their rewards in Heaven were greater than they could have imagined. God made sure of that Phil is a retired psychologist, who has lived and worked most of his life in the Midwest. Since becoming a Christian, forty years ago, he has been interested in the Biblical study of End-times. At first it was more a fascination with end-times realities, like the Great Tribulation, the Antichrist, and the Rapture. Now the interest is in sharing with others what the Bible teaches about these approaching realities. Phil's heart is to help the Church become faithful and committed during these perilous last days. Hopefully, this novel accomplishes that purpose.