A Prisoner of Privilege (Libertus Mystery of Roman Britain #18) (Paperback) 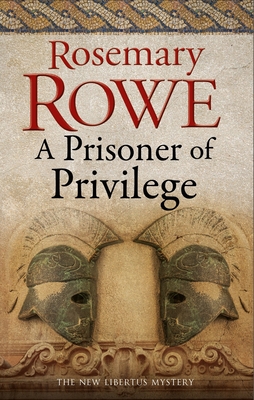 This is book number 18 in the Libertus Mystery of Roman Britain series.

The arrival of a high-ranking spy for the Emperor Severus spells trouble for Libertus in this gripping historical mystery set in 2nd century Britain. On a misty day in February, CE 194, Libertus, pavement maker by trade and now reluctant councillor, is summoned to meet his patron at the local public baths. Marcus Septimus is concerned because a distant cousin from Rome has announced his impending arrival and Marcus is convinced he is a spy for the Emperor Severus, despatched to Glevum to investigate reports of an 'act of treason.' Meanwhile, Libertus has concerns of his own. The local money-lender has been seeking his counsel, but before they can meet, a violent and untimely death occurs ... and before long Libertus finds himself a prisoner of his new-found rank, fighting for the truth amidst accusations of treason and murder.