The Train: The Moving Psychological Novel Everyone Is Talking about (Paperback) 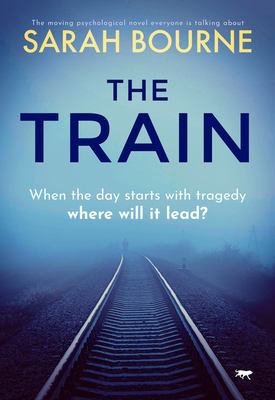 A suicidal woman steps in front of a commuter train, changing the lives of its passengers forever, in this psychological novel by the author of Ella's War.

When the day starts with tragedy . . . where will it lead? Eight strangers start their day unaware of the events about to unfold, but they find themselves having to reassess who they are and what they want from life after a woman steps in front of their train. Emotional responses rise to the surface, including some of the choices they've made in life and their own mortality. Can their lives go on as they were, or will this stranger's death be the catalyst they need for change? . . . An emotional look at how people react to a terrible event and how we recover from tragedy, The Train is the perfect read for fans of authors like Amanda Prowse, Ashley Audrain, and JP Delaney.

Sarah was born and brought up in London and has lived in the US, Japan and now Australia. She worked in Mental Health for many years, and still works as a Counsellor as well as teaching Yoga. Writing was never an aspiration, but one summer, with her three children getting older, she decided to write a short story, just for something to fill her time. But as these things do, writing quickly became more than a hobby. Her 'apprenticeship' was a YA trilogy based on the ghost stories of Berry Pomeroy Castle in Devon, but she then turned to adult fiction. She loves to take an issue of interest, build a plot around it and add some compelling characters. She is often surprised where it goes! Sarah is thrilled to be part of the Bloodhound Books kennel.