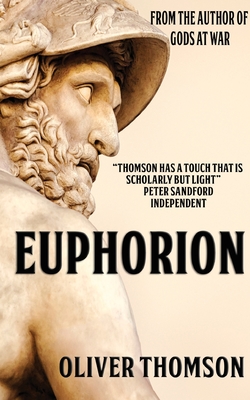 2500 years ago, in the year that king darius of persia died, a man called, Euphorion, was born in Greece.

Witness to some of the most glorious episodes of ancient Athens, the wars, the crimes, the political intrigues, he expected war, hoped for love and found murder and betrayal on his doorstep instead.