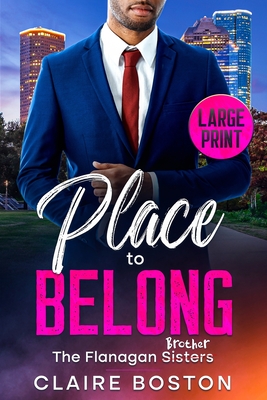 This is book number 4 in the Flanagan Sisters series.

Sean Flanagan has spent a lifetime alone and rejected, constantly hiding who he really is.

With a father who deserted him and a mother who despised him, Sean didn't think things could get much worse ... until he was kicked out of home for being gay. Now he's discovered he has three half-sisters on the other side of the world. This might be his last chance to find people who will love and accept him. But he's terrified that if they find out who he really is then they'll reject him like the rest of his family.

Sean arrives in Houston and is stunned by the warm welcome he receives from his sisters. He begins to hope that maybe this time things will be different. That's when he meets Hayden Johnson. To follow his heart means risking everything with his newfound family.

Hayden is tired of endless dating. He's looking for a man to love, someone to spend the rest of his life with. His boss's new brother ticks all the boxes on the attraction scale, but there's just one problem - he's not gay.

Will Sean let his fears rule him, or will he let in the chance of love and find a place where he belongs?