Jonava On the Banks of the Vylia: In memory of the destroyed Jewish community of Jonava, Lithuania (Hardcover) 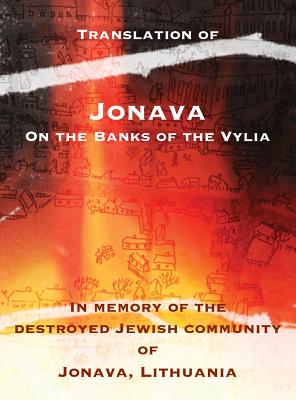 This Yizkor Book is a unique source of information on a once vibrant town, whose Jewish population was destroyed in the Holocaust. Written after World War II by migr's and Holocaust survivors, this Memorial Book contains narratives of the history of the town, details of daily life, religious and political figures, town characters, movements, religious and secular education, and gripping stories of the major intellectual and Zionist movements of the 20th century and finally first-hand accounts of the Shoah. The necrologies and lists of residents are of tremendous genealogical value, as often the names of individuals who were taken to extermination camps or shot in the forests are not recorded elsewhere. Written in Hebrew and Yiddish, this important book has until now been accessible only to those who can read these languages. Thus, the translation of this Yizkor Book into English unlocks this information to many more researchers all over the world.