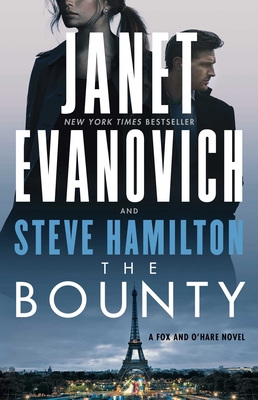 Straight as an arrow special agent Kate O’Hare and international criminal Nick Fox have brought down some of the biggest bad guys out there. But now they face their most dangerous foe yet—a vast, shadowy international organization known only as the Brotherhood.

Kate and Nick know that there is only one man who can find the fortune and bring down the Brotherhood—the same man who taught Nick everything he knows—his father, Quentin. As the stakes get higher, they must also rely on Kate’s own father, Jake, who shares his daughter’s grit and stubbornness. Too bad they can never agree on anything.

Over the last twenty-six years, Janet Evanovich has written a staggering forty-two New York Times bestsellers. In addition to her #1 bestselling Stephanie Plum novels and many other popular books, Janet is the author of The Recovery Agent, the start of a blockbuster new series.