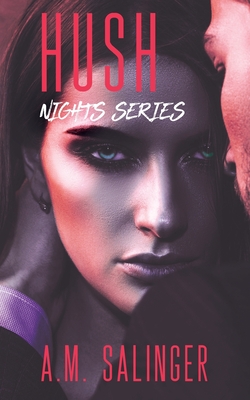 By A. M. Salinger
Not available

This is book number 8 in the Nights series.

Tom Sutherland is an arrogant prick. There, I said it. Okay, so he's also my assistant and I couldn't survive without him, but that doesn't make him less of an irritating bastard -- Lana

Lana Keele is a witch. A beautiful, frustrating witch placed on this earth to torment me. Yeah, she's my boss, but she's still the most maddening creature I've ever had the misfortune to cross paths with -- Tom

When Lana Keele, president of Keele Industries and only surviving heir to business tycoon Oliver Keele, wakes up in her devil-of-an-assistant's bed after a drunken night out, she fears the worst. That is, until prissy Mr. Perfect Tom Sutherland declares that she's the last woman he'd ever want to sleep with.

After surviving four years in the company of the infuriating woman he'd lusted after since his teens, Tom has had just about enough of the unholy siren that is Lana, especially when she turns up inebriated on his doorstep one night and demands sex. Convinced that Lana will never return his affections, Tom decides that it's high time to get over his unrequited love.

Except Lana doesn't quite seem to agree with this plan. Not after she sees him with another woman. Not after she confronts him about it. And most definitely not after he succumbs to temptation and kisses her.

As they finally ignite the fire that has burned so long between them, Tom cannot help but be certain that for Lana, this is just about sex. Will he be satisfied with only having the body of the woman he loves and not possess her heart? Or will Lana convince Tom that she truly means to give him her everything?