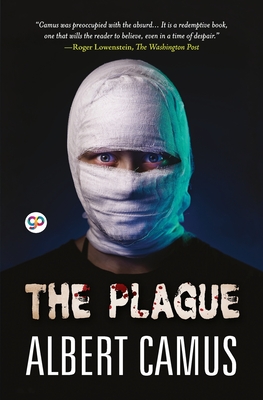 The Plague is a novel by Albert Camus, published in 1947, that tells the story from the point of view of an unknown narrator of a plague sweeping the French Algerian city of Oran. The novel presents a snapshot of life in Oran as seen through the author's distinctive absurdist point of view. The townspeople of Oran are in the grip of a deadly plague, which condemns its victims to a swift and horrifying death. Fear, isolation and claustrophobia follow as they are forced into quarantine. Each person responds in their own way to the lethal disease: some resign themselves to fate, some seek blame, and a few, like Dr Rieux, resist the terror. "Its relevance lashes you across the face."-The Los Angeles Times "A redemptive book, one that wills the reader to believe, even in a time of despair."-The Washington Post.