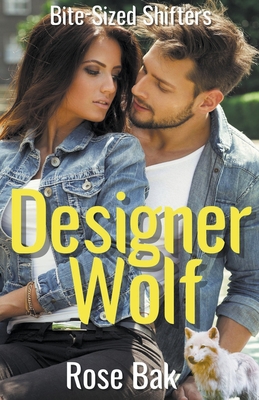 Every shifter has a fated mate, the one being who's a perfect match. Unless fate makes a mistake?

All her life Gina Grey has dreamed of meeting her mate, but she never expected that fate would bring her someone so horrible that she can't stand to be in the same room as him. The clothing designer and entrepreneur also didn't expect that her mate would be the person who stole her new retail location right out from under her Drew Galina is back in Greysden and ready to open his new law practice in the small town where he grew up. His new neighbor Gina hates him, but that's nothing new. They have butted heads ever since she punched him in the stomach on the first day of kindergarten. They haven't seen each other since Drew left town twenty years ago, but suddenly both of their wolves are insisting that they're mates. These wolves must be crazy, right? There's no way these lifelong enemies can become friends, let alone find love. "Designer Wolf" is book three in the "Bite-Sized Shifters", a series of paranormal romantic comedies you can read in just a few hours. Each book in the series is a steamy standalone featuring a mature couple, steamy scenes, a lot of fur and claws, and a guaranteed HEA.