The Devotion of Delflenor (Paperback) 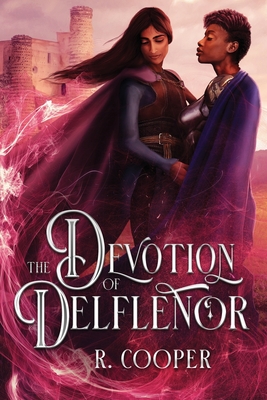 For ten anxious years, the country of Ainle has had no chevetein to keep their many lesser cheves in check and maintain peace. Anyone can become the chevetein if it is the will of the Three, as the most powerful of the gods are known. But as the years pass, fewer and fewer people go to the Seat to offer themselves as chevetein. Doubt has crept in among the population, and more than one arrogant cheve has decided that the time has come to abandon the old ways. Only the presence of Prityal of Ters, Knight of the Seat, Tyrant-slayer, the Hope of Ainle, has kept the country from falling into chaos.Soft-spoken but fierce, noble as well as beautiful, Prityal is all that a Knight of the Seat should be. As faith dwindles, so, too, does the number of knights waiting to serve the chevetein, and with no one else available, it is Prityal who volunteers for a risky mission to an unfamiliar place. She cannot go alone. So, Delf, a lower-tier knight, accompanies her.Plain, with an odd sense of humor, and of no fame or noted background, Delf is content to act as Prityal's squire on this quest. Delf has loved Prityal for years with no intention of ever speaking of it. A hero and a nobody might become friends as they travel through ancient lands, facing tricky spirits and desperate farmers, finding ruins and knights of faded glory, speaking of magic and the history they share-yet even that is beyond Delf's dreams of her future.But a chevetein must be found, and Prityal will do it at the cost of her life, if need be, though the country-and Delf-need her. It seems the Three have plans, after all, and will use anything to see them through-including the strong, devoted heart of a hero.f/nb queer romance.