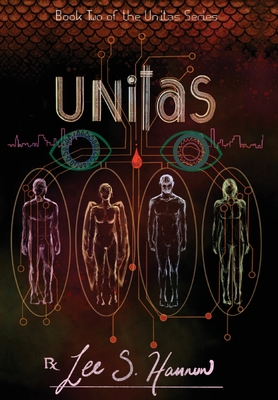 There can only be one winner in the ruthless game to control The City. The players include: an intelligent female scientist with a life-saving discovery, a detective seeking justice from an uncaught serial killer, an irresponsible time traveler wishing he belonged, a powerful android leader pursuing retribution for her kind, and a governor unsure if he's the good guy or the bad guy. Who will succeed? Or will a mysterious, villainous presence stop them all?

UNITAS is the second installment in The UNITAS Series.

A once peaceful society has turned violent and chaotic. The Legislature and newly appointed Commissioner Jones must decide their next move in regards to Governor Colin O'Connor and his counterpart, The Supreme-and quickly-before society completely crumbles.

​Across The River at the biotech company COLI*GO, Celine O'Connor is ready to make amends with her brother, Colin. She tasks her new CEO, Peter Schneider to find a missing and presumed dead Dr. Julie Walsh, the inventor of an antidote that could save them all. But Peter soon discovers he isn't the only one looking for Julie as his journey intersects with the dangerous time traveler, Mick Taylor.

​Determined to remain hidden until she can figure out a plan to save both The City and Colin, Julie escapes an infinite time loop she created. One thing stands in her way-a looming uncertainty from the person she needs as an ally: It.